Fourth of the five entries by CLEFNI, displayed on the official Flickr gallery of the SNSF Scientific Image Competition: 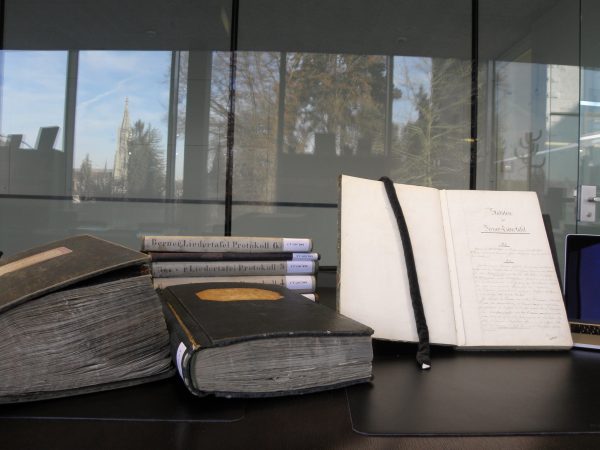 While collecting data for my EU-H2020 project “CLEFNI – The choral life in the cities of Bern and Fribourg in the long 19th century”, I look at Bern’s past and present. Old and new buildings, reflected in the glass wall of the Archive of the City of Bern, stand side by side with historical documents. In the background, today’s Bern discloses itself: the Berner Münster, autumn-coloured trees, and the backside of the Historical Museum of Bern. In the foreground, 19th-century documents of the Berner Liedertafel, the men’s choir founded in 1845 and dissolved in 2018, tell part of Bern’s history. Do archives reveal our past or our present?

This project has received funding from the European Union’s Horizon 2020 research and innovation programme under the Marie Skłodowska-Curie grant agreement No 833366.